Stumbling upon a 'new' cup-marked stone at Shaftoe Crags

February 25, 2019
We often walk at Shaftoe Crags, in Northumberland - and this time we went in search of Hallion's Rock - which is a recorded example of 'Rock Art'.

It was a beautiful, mild late-February day, with high wispy clouds. Not difficult to imagine the ancient past - and nobody around except some distant boulder-climbers.

Unfortunately, I had forgotten to bring the Hallion Stone description with me - and all I could remember from an online source was that it was near the Jubilee Stone, probably in a North Easterly direction. 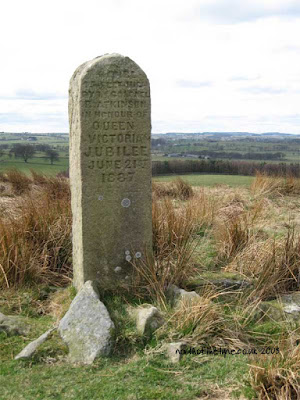 We searched nearby, and could not find anything - my recollection was that the stone had cups and channels - but not much in the way of rings around the cups. Drawing a blank, we continued northwards from the Jubilee Stone along the to of the low (15 feet) broken scarp face. After about 100 yards we found a stone sticking out from the scarp face and covered with cup marks and some channels. 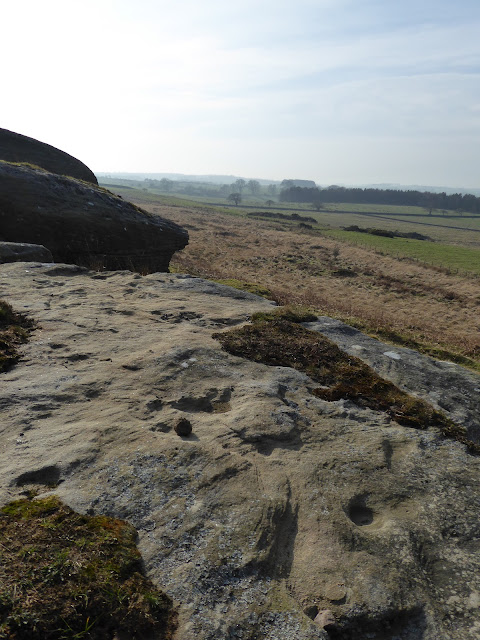 But on examining the map later, it is clear that is is Not Hallion's Rock - which is down on the plain in front of the scarp. Indeed, this extensively cup marked rock doesn't seem to be noted in any of the sources I have found - so, here are some more photos. 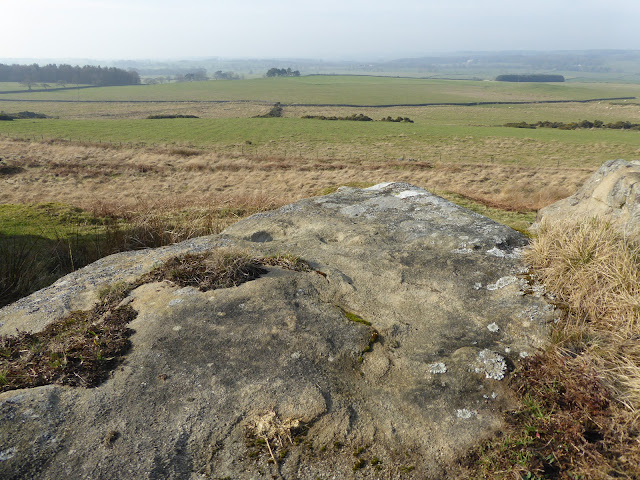 We sat just above the rock and drank some water while looking out across the plain into the haze, and - as usual - puzzling over this strange phenomenon of cup marked rocks. Given the effect of four thousand years of erosion on this soft sandstone, it is hard to imagine what the original carving were like. And the abundance of this feature even now suggests that there must have been hundreds-fold more examples in the past - indeed, it is possible that most large rocks in suitable places were thus marked.

Was it 'art'? I doubt it. I assume the markings had spiritual significance, and also represented something - landscape features, or perhaps a kind of writing. Although what remains on this rock is simple - some other rocks in the area are very elaborate, and plausibly carried detailed symbolic meaning. Perhaps (given the use of underground burial chambers, and open-air stone circles) this was part of their earth-sky religion?

And it must have taken a lot of work to make even these hollows, 'pecking' them away with a harder stone. A serious business, one way or another. 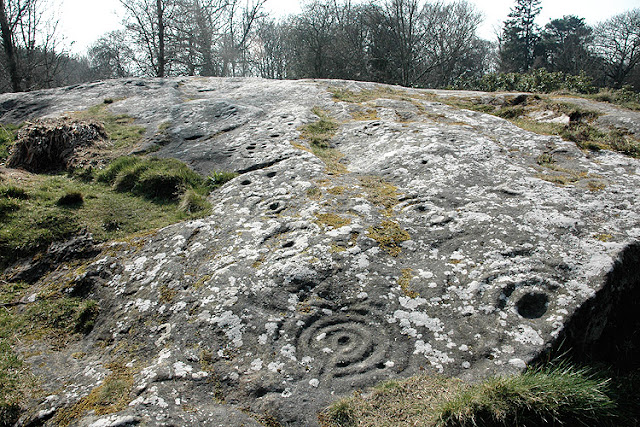 Popular posts from this blog

Melrose and the Eildon Hills 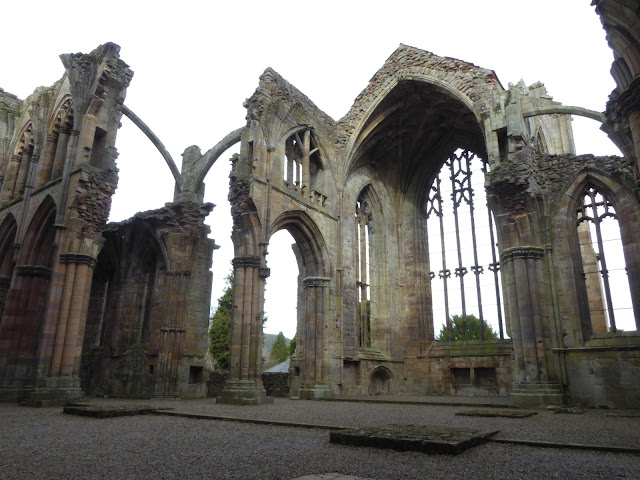 Melrose, with the adjacent Eildon Hills, is an ancient settlement in the Scottish Borders; previously a part of the Kingdom of Northumbria. The town grew around the abbey (rems of above; ruined by the Scottish Reformation - Robert the Bruce's heart was buried here). But its earliest town constituted about 600 huts of the Iron Age/ Celtic/ Cymric people on top of North Eildon - one of the three famous peaks that dominate this area: The Eildon Hills are famous from association with wizards, of different types. Michael Scott was a medieval professor, mathematician and magician - who ordered what was originally a single peak to be cleft into three by some demons. Not long afterwards the prophet and poet Thomas the Rhyme r was lying on the banks of this hill, and met the Queen of Elfland - he became her lover, and spent seven years in Faery before revising mortal lands (nearby Ercildoune) with the gift of prophecy. He later returned to Elfland, led by a white hart and hind...
Read more 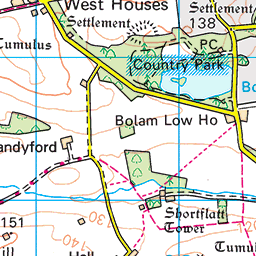 Our expedition last weekend was to Slate Hill , and its not (yet?) excavated, but almost certainly early Iron Age ('Celtic' - probably about 700-500 BC) mini- hillfort to the north of Bolam Lake. It is the roughly semicircular structure made by little black triangles and labelled 'settlement': There are remains of an impressive four concentric rings of mounds surrounding the settlement - which are presumed to have been topped by walls and a palisade. To the south there is a steep cliff, now wooded. This implies a significant need for defence, and therefore a significantly violent, warring kind of society. Modern methods of excavation often reveal that these Celtic forts (at least in the South of England) were built on top of Neolithic-Bronze Age 'temples'. In Neolithic-Bronze Age times, such hilltops seem to have been non-residential places which people attended for feats and other (presumed) rituals. These usually had a single circular mound and d
Read more

Bruce Charlton
Dr Bruce G Charlton. Comments are moderated (pretty severely). Established commenters are privileged, but in general I only publish comments that I judge to contribute to the intended effect of the blog post. Anonymous/ Unknown comments are not published, neither are topical news links. eemale is (decode) bruce dotch arltonatou tlookdotc om...